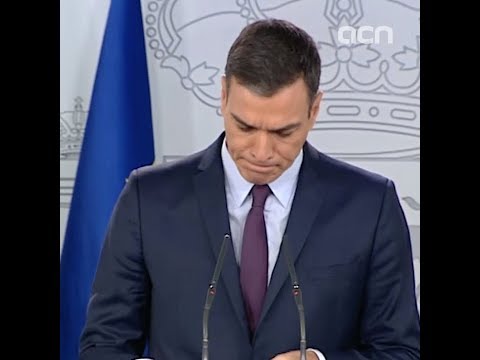 The Spanish president has called a snap general election in April. This is Catalan News in 100 seconds.

April 28th. This is the date set by Spanish president Pedro Sánchez for a snap general election. The Socialist leader suffered a major defeat this week, when Congress rejected his budget bill.

Catalonia will have a central role in the voting. Sánchez called fresh elections after breaking off negotiations with pro-independence parties, who helped him come to power last Spring. The right-wing opposition compared their talks with an attempted coup d’etat.

The European Parliament has banned a conference by Catalan president Quim Torra and his exiled predecessor, Carles Puigdemont. The chamber alleged a “high risk for public order” and “security threats.”

『Spanish election: On the campaign trail with Vox - BBC Newsnight』は、...

『Chinese people have been harassing messages in Taiwan news Facebook...