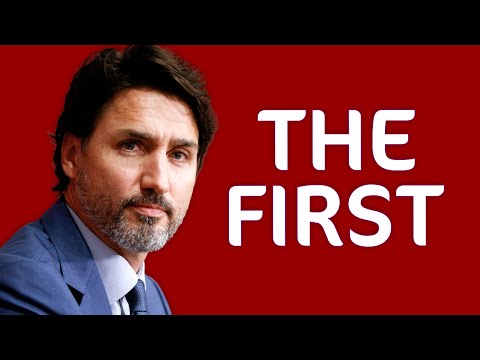 In a sign of the rapprochement that could take hold between Canada and the United States with the arrival of a new administration in Washington, Prime Minister Justin Trudeau on Monday became the first foreign leader to speak on the phone with President-designate Joe Biden.

After quickly congratulating Joe Biden on his election to the presidency of the United States on Saturday, Canadian Prime Minister Justin Trudeau announced on his Twitter account that he had a phone interview with Biden on Monday afternoon.

According to Trudeau’s office, this was the first call a foreign leader had made with Joe Biden, since his victory was confirmed on Saturday.

If you are looking for news in Arabic with english subtitles, This is the right place

Trudeau said he spoke with Joe Biden and congratulated him again on his election. He added, “We have worked together before and are ready to resume this work and address the challenges our two countries face, including climate change and COVID-19.”

Today Canadian news in arabic
Trudeau added that issues such as trade, energy, NATO and racism against blacks were also discussed. The detention of Michael Kovrig and Michael Spavor was also touched upon. It was agreed to work together on these issues.

At a Monday morning press conference, Trudeau said, he has absolutely no doubt that Joe Biden is the winner of the US presidential election, whatever incumbent President Donald Trump says.

Mr. Trudeau also used his meeting with the press to repeat his congratulations to Biden, saying he looked forward to working with the new administration that will take over after Donald Trump’s tumultuous reign on January 20.

Although Donald Trump still refuses to admit defeat, Justin Trudeau confirmed during his press conference that he trusted the American electoral process, stressing that he was convinced of the integrity that accompanied the holding of the US elections.

“I was happy to congratulate President-elect Biden this weekend. We will continue to work with the current administration until the end of January. After that, we’ll work with the new administration. Obviously, this will be my third American president. I think over the years, we’ve shown our ability to defend.” Canadians’ interests. ”

Trudeau avoided answering journalists’ questions about the behavior of outgoing President Donald Trump, who seems to want to keep the presidency at any cost, even if that means waging a judicial guerrilla war in some states in the hope of reversing the results.

“My responsibility is to be there to defend the interests of Canadians. That’s what I will do every step of the way,” Trudeau said.

The prime minister also stated that Joe Biden’s victory bodes well in the fight against climate change, given that one of the first steps that the new Biden administration plans to take is to bring the United States back to the Paris Agreement on Climate Change, an agreement that the Trump administration withdrew from three years ago.

Justin Trudeau did not express any concern about the protectionist trends of the next administration, after Joe Biden had pledged to implement a new economic stimulus package in the countryside that would focus on buying American products.

“I believe that even under a very protectionist US policy over the past four years, we have been able to develop partnership solutions that have been of great benefit to Canadians. We were able to sign the new NAFTA agreement that guarantees our access to the American market for decades to come,” he said.
We were also able to confront the unfair tariffs imposed on the aluminum industry and many other industries. ”

He added: “We have developed very powerful ways to defend the interests of Canadians.”

『印パ戦争の真実～インドより～ドキュメンタリー番組 Battlefields of the world Ⅱ Kargil war in ...