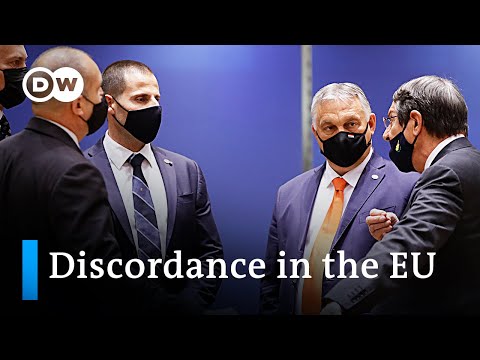 EU leaders agreed Friday to plan for sanctions against Russia, but rejected a push for a summit with Russian President Vladimir Putin. At the EU summit in Brussels, France and Germany had called for direct talks with Putin. The proposal came after US President Joe Biden held his own meeting with Putin in Geneva, Switzerland, last week. However, EU leaders failed to reach an agreement on such a summit. In a statement, they said that “they will explore format and conditionalities of dialogue with Russia” but did not mention a summit. The statement also called on EU High Representative for Foreign Affairs Josep Borrell “to present options for additional restrictive measures, including sanctions” against Russia.

Hungarian Prime Minister Viktor Orban’s government came under fire over legislation that banned LGBTQ content from being handed out in schools. European Commission President Ursula von der Leyen this week branded the bill “a shame” that contradicts the fundamental values of the European Union and threatened to take Hungary to court. Merkel said the EU leaders and Orban had a “very, very frank discussion.” Leaders from 17 EU countries on Thursday signed a letter slamming “threats against fundamental rights, and in particular the principle of non-discrimination on grounds of sexual orientation.” The issue has been front and center of European politics this week after UEFA, Europe’s football governing body, rejected a plan by Munich to light up its stadium in rainbow colors for a Germany-Hungary match on Wednesday.