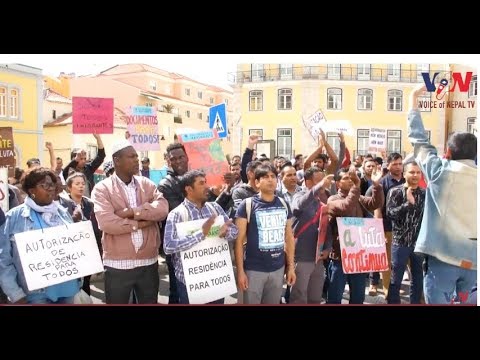 The leftist parties want to modify the immigration law in order to grant residence visas to immigrants with a work contract. Promise made after a demonstration of immigrants held before the Assembly of the Republic.

“Documents for all” is the slogan of this manifestation.

They work, they make discounts for social security – but these immigrants remain illegal.

Saliu left Senegal a decade ago, did not see his son grow up. Junet came from Pakistan. Legal entry visas prevent most immigrants from obtaining residence permits.

The delay, the SEF bureaucracy itself, the lack of human resources, are making legalization difficult.

It is estimated that in portugal, there are 30 thousand immigrants in this precariousness. But they left the demonstration to the Assembly of the Republic with some hope.

It is that the leftist parties have committed themselves to changing the law in order to allow the legalization of all immigrants who are integrated into the labor market.