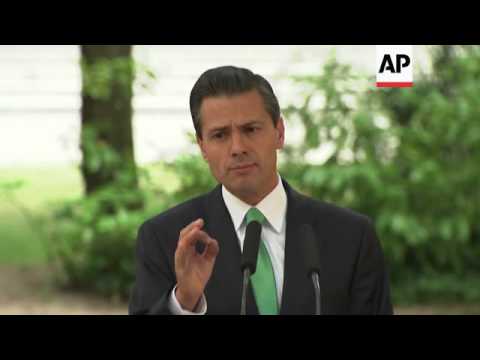 On the second day of his official state visit to Spain, Mexican President Enrique Pena Nieto met Spanish Prime Minister Mariano Rajoy and the two held talks.
During meetings that continued over lunch, the two leaders discussed their bilateral relations, the abdication of Spain’s King Juan Carlos, and the current free trade agreement between Mexico and the European Union.
At a joint news conference held in the gardens of Madrid’s Moncloa Palace, Pena Nieto expressed gratitude for the affection and kindness shown by King Juan Carlos to Mexico.
He also commented on Mexico’s future, saying it had embarked upon a path of development which he hoped would be as successful as that of Brazil, South America’s strongest economy.