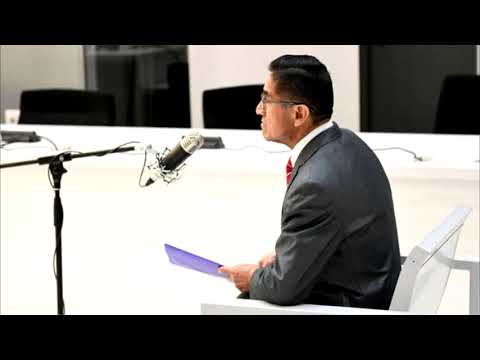 César Hinostroza was released from prison in Spain after receiving provisional release.

The former supreme judge left the prison in Madrid where he was held since last October and will be released under conditions pending his extradition. Upon his departure, he asked that his process be “fair”.
The former Supreme Court judge, Cesar Hinostroza Pariachi, left prison on Thursday afternoon in Madrid, Spain, after the country’s justice granted him conditional freedom so he could continue the extradition process.

Upon his departure, the suspended judge, who was in prison for six months after leaving Peru despite having an exit impediment, asked that his trial be “fair.”

“The only thing I’ve always asked for is a fair trial,” Hinostroza told the cameras of Canal N, who was accompanied by his wife and son.
Likewise, his son, Christian Hinostroza, spoke with RPP News and pointed out that his father’s provisional release will help him to have better arguments to defend himself. Also, he said he does not know where his father will stay.

Hinostroza’s lawyer, Guillermo Ruiz, said that the provisional release that Hinostroza Pariachi has received “is deserved” and reiterated that his client has not committed any crime. “It is deserved and has been fought, we have known that the courts have responded to our request,” he said in conversation with Monica Delta on La Rotativa del Aire.

Yesterday morning, the Criminal Chamber of the National Court agreed to grant Hinostroza Pariachi provisional release. This measure implies a series of precautionary measures such as the fixation of domicile in Spain, the prohibition to leave Spanish territory (withdrawal of the passport included) and the obligation to appear before the court twice a week.