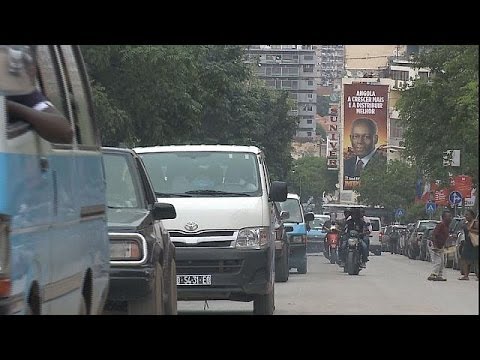 ☆タイトル：Portugal and Angola – a friendship at risk – reporter

Is Angola replacing Portugal with China as its main trade partner? Amid a political row over…

euronews, the most watched news channel in Europe
Subscribe for your daily dose of international news, curated and explained:http://eurone.ws/10ZCK4a
Euronews is available in 13 other languages: http://eurone.ws/17moBCU

http://www.euronews.com/1970/01/01/
Is Angola replacing Portugal with China as its main trade partner? Amid a political row over allegations of Angolan money laundering in Portugal, the Angolan president, Jose Eduardo dos Santos, has announced the end of the “strategic partnership” with Lisbon.

The oil-rich country has invested billions of euros to rebuild infrastructure destroyed by decades of civil war. Many of the 200.000 Portuguese in Angola work in construction. The decision to end the strategic partnership with Portugal was a shock to its workers in Angola, according to Manuel Alves da Rocha, a leading economist at the Catholic University of Luanda:

“We’ve heard of some Portuguese companies having already problems getting new contracts, especially in the building sector, there we have some serious problems. Moreover, there are unsolved and continuing problems over working visas for Portuguese people wanting to work in Angola. We know that in the Angolan consulate in Portugal quite a lot of visa-requests are turned down.”

Because of the oil boom, Luanda is now one of the world’s most expensive cities to live in, with spiralling costs matched by surging salaries. There is a steady influx of experts from Portugal. Inês Norton, a town and country planner, arrived recently in Angola. Her story is typical.

“There’s a link between the collapse of the Portuguese labour market and the migration of Portuguese seeking work abroad,” she says. “For us, Angola is an obvious option: we speak the same language, it’s an accessible country full of opportunities. Here you can earn two or three times what you can in Portugal.”

The Chinese are also making good money. They are building entire satellite towns, like Kilamba, nearby Luanda, which can house half a million people.

If Angola does replace Portugal with China, Brazil or South-Africa, Lisbon will lose a lot.

“Portuguese exports to Angola represent an estimated three to four billion euros per year. And money sent by Portuguese migrants from Angola back home… estimates are around 1.3 to 1.4 billion US dollars per year. Those figures are significantly high for a country that is in the midst an economic and social crisis,” says Manuel Alves da Rocha.

When Angola broke from its colonial master, Portugal, in 1975, most Portuguese left. The euro crisis has brought them back. Compared to most Angolans, the new migrants can expect a life of relative privilege.

Some 70 percent of the local population lives on less then two euros per day. Life expectancy is 51 years. Transparency International places Angola among the most corrupt countries worldwide. Officially, Angola’s president has a zero tolerance” policy on corruption. But the country is divided between many very poor people and the very rich few.

“What happens here… not a single corruption case has gone through the judicial process up to final conviction,” says Alves da Rocha. “What we have seen here in Angola, in reality, is the emergence of a class of the super-rich, and the size of their fortunes is difficult to explain given the fact that the money was accumulated in a very short space of time.”

Judges in Portugal have recently closed several money-laundering inquiries against high-ranking Angolan dignitaries. Some in both countries hope this ruling will also end the political controversy that has proved so costly to bilateral relations.

You can find our interview with the economist Manuel Alves da Rocha as extra content on Euronews’ Portuguese website.