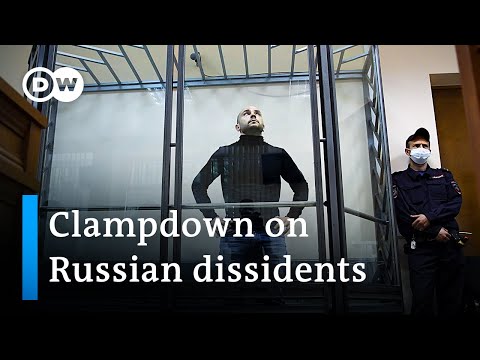 With just months to go before elections, Russia’s government is cracking down on the opposition. At least two Kremlin critics have been arrested.
At St. Petersburg’s Pulkovo Airport on Monday, Russian opposition politician Andrei Pivovarov was pulled off an aircraft just minutes before takeoff. The scene was strongly reminiscent of the recent detention of Belarusian blogger Roman Pratasevich. In Pivovarov’s case, the aircraft was stopped just before takeoff rather than forced to make an emergency landing under a clearly fabricated pretext.
Pivovarov was taken from St. Petersburg to the southern Russian city of Krasnodar, where he faces trial. There is speculation about the reasons for his transfer. According to official sources, Pivovarov is accused of promoting an undesirable organization in August 2020. Usmanova suspects that he expressed support on Facebook and other platforms for a former coordinator of Open Russia, who had been convicted. Like her, Pivovarov was initially found guilty of a civil offense and fined twice. Now he, too, faces criminal charges. Recently, Pivovarov appeared in YouTube and took part in protests calling for the release of opposition politician Alexei Navalny. His apartment was raided after his arrest.