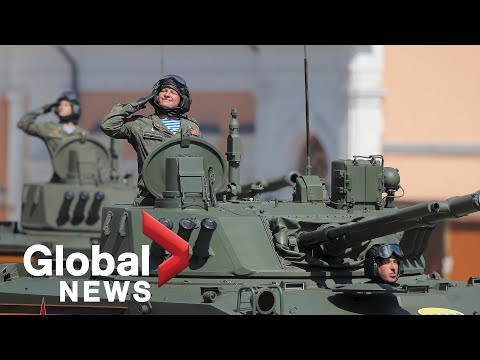 President Vladimir Putin joined a spectacular Red Square military parade on Wednesday to mark the 75th anniversary of the Soviet Union’s World War II victory over the Nazis. The event was initially postponed from May 9 because of the novel coronavirus outbreak, despite critics say it is irresponsible to go ahead with it now.

Putin delivered a speech at the celebration, on the eve of a nationwide vote that could extend his rule until 2036, patriotic display critics say is designed to lift his lower than usual ratings.

Putin, flanked by veterans, did not wear a mask, but people around him had been tested for the coronavirus, including veterans quarantined at a resort outside Moscow beforehand.

Thousands of people thronged Moscow’s streets to watch tanks roll through the city on what was a public holiday.