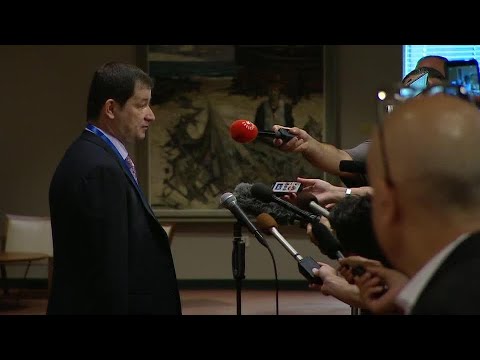 Informal comments to the media by Dmitry Polyanskiy, the First Deputy Permanent Representative of Russia to the United Nations.

The Indian Government announced last week that it was revoking the special status of the area of Kashmir that it administers, putting the region under tighter central Government control. Pakistan argues that the removal of the territory’s special status, which has a majority-Muslim population, violates international law.

The UN has long maintained an institutional presence in the contested area between India and Pakistan. According to the Security Council mandate given in resolution 307 of 1971, the UN Military Observer Group in India and Pakistan (UNMOGIP) observes and reports on ceasefire violations along and across the Line of Control and the working boundary between the South Asian neighbours in Jammu and Kashmir, as well as reports developments that could lead to ceasefire violations.

Secretary-General António Guterres appealed for ‘maximum restraint’ over the territory of Jammu and Kashmir on Thursday, which has been disputed by India and Pakistan, since the end of British rule in the late 1940s.