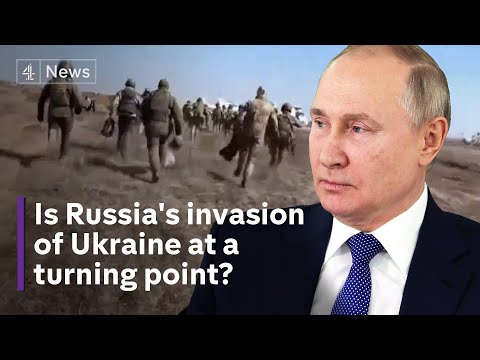 As the conflict grinds into its second month, the UN today said 1,081 civilian deaths have been confirmed, although the true figure is probably far higher.

Today, officials in the southern city of Mariupol said that as many as 300 people were killed when the theatre they were sheltering in was hit on 16 March.

Moscow signalled that it is scaling back its military ambitions in Ukraine to focus on the Donbass region, territory claimed by Russian-backed separatists.

Lying on the edge of that region, the strategically important city of Izyum has seen intense fighting. With officials there telling us Russians have taken control of land north of the river.

Warning: This report contains images some viewers might find distressing.

『Trump/Russia: Does "The Resistance" Have Its Own "Fake News" Proble...