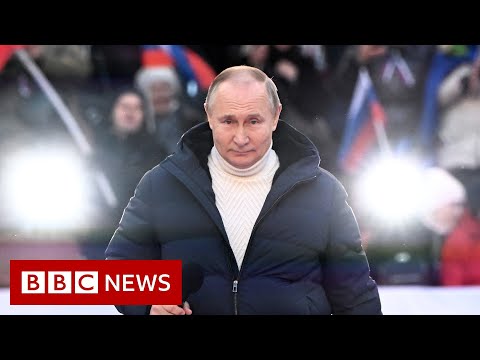 Russian President Vladimir Putin spoke to tens of thousands of Russians at an event celebrating eight years since the annexation of Crimea.

The stadium was awash with Russian flags and the letter “Z”, which has come to symbolise the invasion.

Putin hailed Russia’s “special operation” in Ukraine, claiming its objective is to save locals “from suffering from genocide”.

The Russian president told the crowd: “We know what we have to do next… we’ll definitely carry out all the plans we have made.” But his address on state TV suddenly cut to singer Oleg Gazmanov belting out the words “Forward, Russia”, in what the Kremlin later called a technical glitch.

『Spain races to prevent Catalonia independence; The US and its guns』...