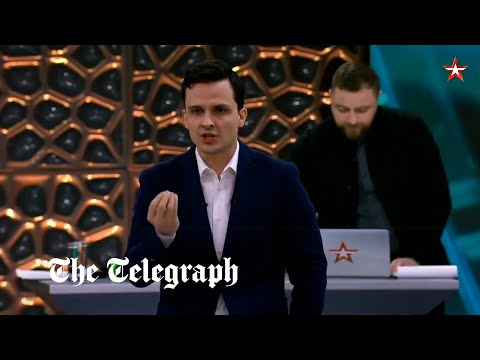 On the Russian ministry of defence’s television channel, Zvezda, a serving army officer explained to a talk show audience how Russian soldiers were dying in Ukraine.

“Our guys over there, from Donetsk and Luhansk, and our special operation forces are dying and our country,” he said.

“No, no, no,” interrupted the presenter who gets up from his desk gesticulating and marches across the studio shouting: “Stop!”

“Our youth are still dying,” the soldier continued.

By this time, the presenter had come up to him and shouted: “Can you stop now? I will tell you what our guys are doing there. Our guys are smashing the fascist snakes. It’s a triumph of the Russian army. It’s a Russian renaissance.”

Get the latest headlines: https://www.telegraph.co.uk/

Telegraph.co.uk and YouTube.com/TelegraphTV are websites of The Telegraph, the UK’s best-selling quality daily newspaper providing news and analysis on UK and world events, business, sport, lifestyle and culture.