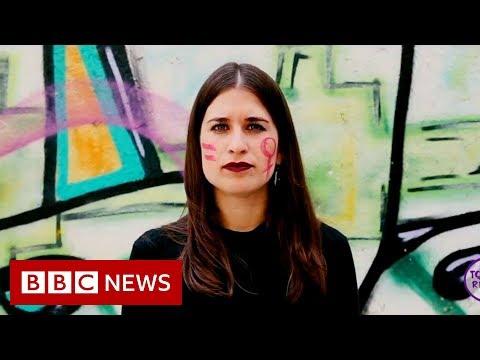 A feminist “revolution” against gender-based violence is happening in Spain, activists say.

Women took to the streets in outrage last April over the trial of five men, who called themselves La manada (the wolf pack).

They were accused of gang-raping a teenager, but were found guilty of a lesser offence and acquitted of rape.

The ruling prompted a #MeToo-style outpouring of women’s stories on social media.

The government promised to change the sexual assault laws.
But the feminists are facing a backlash.

Vox, a new political party which has been accused of waging war against women, is gaining ground.