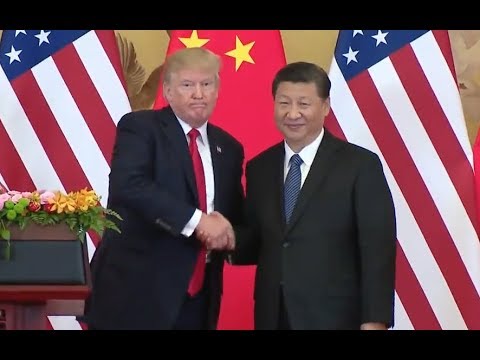 President Trump and Chinese leader Xi Jinping say they have agreed to work together on the denuclearization of North Korea and closer cooperation on trade.

In a joint statement delivered at Beijing’s Great Hall of the People with Xi, Trump praised the Chinese president as “a very special man” and earlier, he said the two enjoyed “great chemistry.” The Chinese leader emphasized that while the two economic and military giants would occasionally have differences, there were opportunities to be “mutually reinforcing.”

Trump is on the third leg of a five-nation visit to Asia. He has already made stops in Japan and South Korea and will also visit Vietnam and the Philippines.