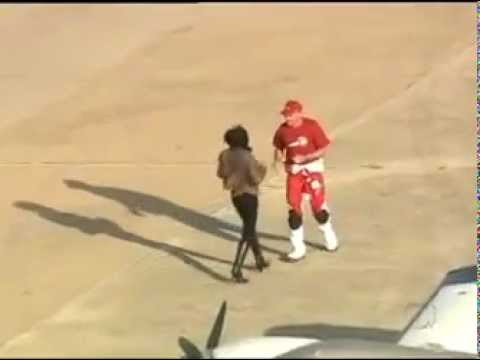 The Webtel.mobi Intercontinental Challenge was part of a unique Principled Marketing campaign carried out by the global telecommunications company Webtel.mobi.

It was the Challenge issued by Webtel.mobi for the first Intercontinental flight by man using jet-wings.

Webtel.mobi’s strategy of Principled Marketing called for the brand to be integrated naturally into the event without overshadowing it or being the primary driver, to implement an event that would be inspirational for all who watched it or participated in it, and to provide the inspirational message worldwide via television, radio, and webcast free of charge.

The entire event was conceived planned, implemented and managed by Webtel.mobi and its own management team, without the use of any third-party media or marketing agency. It interviewed, appointed, and managed 50 subcontracted specialist companies and entities in and from 13 different countries, which it simultaneously managed for the planning and implementation of the Challenge, in order to be able to carry out the event and broadcast it globally.

Webtel.mobi also had oversight management over all aspects of the event — including contingency planning and safety planning — including emergency procedures and Search & Rescue procedures, which had to be implemented during the Challenge.

The event became the most successful media and marketing event in history in terms of global coverage, with the Associated Press recording that up to half of the world’s population may have been exposed to the event and the Webtel.mobi brand on the day of broadcast, on television channels alone.

The event also received additional worldwide coverage via radio, newspapers, magazines, webcast, and on the internet — with the event’s Twitter site also making history as the first time a Twitter site led the news on a major global news station.

Up to 40 world records in media, marketing and broadcasting were broken or established by Webtel.mobi during the event; as Webtel.mobi effectively re-wrote the rule book on global marketing strategies and techniques.

During the period of the event, Webtel.mobi also became the largest television broadcaster worldwide, as its live broadcast of the Challenge was rebroadcast live by hundreds of television channels and networks worldwide, making it the biggest news story of the day internationally.

Webtel.mobi’s Challenge event — as well as its structuring, planning and principles – are now the subject of international seminars to and by leaders in the media and marketing sectors, and form part of modules for University, MBA and Chartered Institute of Marketers courses.

To see the full television documentary on the Webtel.mobi Intercontinental Challenge, please go to:

To see an example of seminars that have been presented on the principles and techniques that brought about the success of the Webtel.mobi Challenge, please go to:
http://www.publicityupdate.co.za/?IDStory=24266

To see an interesting aspect of the Webtel.mobi Challenge in terms of Search and Rescue, please see the section “Rescue Swimmers in the media” at:
http://en.wikipedia.org/wiki/Rescue_swimmer