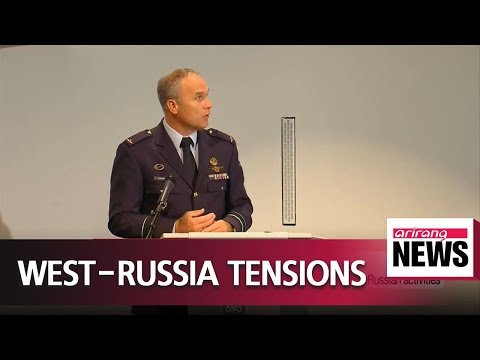 러시아 정보기관 글로벌 해킹 시도 놓고 서방-러 갈등 고조
Western nations have accused Russian military spies of being involved in a series of cyber-attacks across the globe.
For more on this and other news around the world we turn to our Ro Aram…
Aram… tell us more…

Well Mark… the West says the hacking attacks targeted almost anyone, anywhere who investigates Moscow’s alleged involvement in various criminal activities.
The U.S. Justice Department said targets included the Organisation for the Prohibition of Chemical Weapons, anti-doping agencies and the American nuclear firm Westinghouse Electric.
Washington has charged seven Russian intelligence officers for conspiracy to commit computer fraud and abuse and to commit wire fraud and money laundering.
The charges came hours after the Netherlands accused four Russians of plotting to hack the Hague-based OPCW, which had been probing a chemical attack on a former Russian spy in the UK.
Dutch authorities added they seized a laptop from the suspects, which was found to have been in Brazil, Switzerland and Malaysia.
The UK and Australia also accused Russia’s spy agency, the GRU, of hacking Ukrainian firms, the U.S. Democratic Party and a small British TV network.
Canada also said it was confident that the GRU breached it center for ethics in sports and at the Montreal-based World Anti-Doping Agency.
The chiefs of the EU Council and NATO denounced Russia for the cyber-plots.

“On behalf of the EU, I want to fully condemn this attack and express our complete solidarity with those affected. I will put the issue of cyber security on the agenda of the next European Council.”

“Russia must stop its reckless pattern of behavior, including the use of force against its neighbors, attempted interference in election processes, and widespread disinformation and campaigns.”

Russia defiantly denied the charges and went on to accuse the U.S. of running a clandestine biological weapons lab in violation of international conventions – allegations the Pentagon rejected.