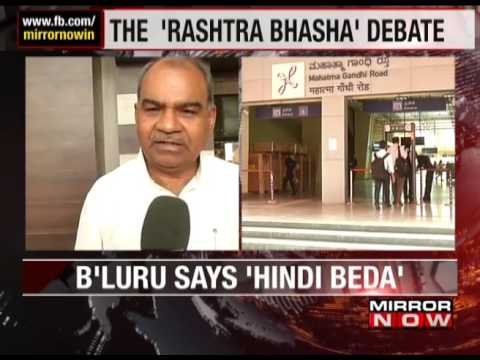 ☆タイトル：Why is Hindi being imposed on us, asks Bengaluru citizens – The News

Within a week of Namma Metro opening its entire Phase 1 network, a campaign on social media opposing the “imposition of Hindi” in Metro stations began. As #Nammametrohindibeda gathered some online steam, the state’s official watchdog for Kannada language, the Kannada Development Authority, joined the action.

The grouse is that Hindi is being imposed through signboards at Metro stations. This, while the Bangalore Metro Rail Corporation has ensured that signboards and announcements are in three languages: Kannada, Hindi and English. That the signboards are inclusive and aim at reaching a larger section of people in this multicultural city appear to have been entirely missed.