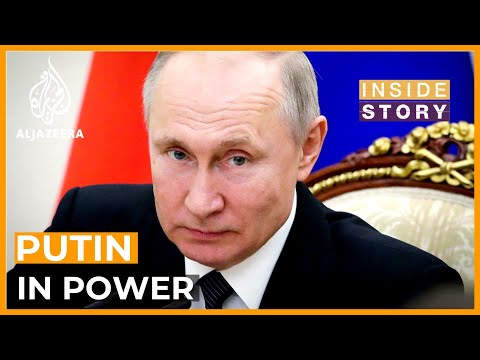 ☆タイトル：Will Vladimir Putin be president of Russia for life? | Inside Story

Vladimir Putin was first elected as Russia’s president in 2000. Twenty years later he’s still there.
He’s served longer than any Russian or Soviet politician since the early 1950s.
And he could be on course to be one of his nation’s longest serving leaders.
Putin’s opponents say he plans to never leave office.
Constitutional reforms introduced in January will allow him to stay in power for another two six-year terms.
His current one ends in four years. Russians have started voting in a week-long referendum on the amendments.
But the state Duma has already approved those changes to the constitution- while also passing a law that said, the reforms must have the public’s support.

So, how will this shape Russia’s future?

Jim Jatras – A former U.S. Diplomat who served at the USSR desk at the State Department and a former Foreign Policy Advisor to the U.S. Senate Republican Leadership Attorney.

Alexander Solovyev – Moscow Division Chairman at the Party of Changes and a former Assistant to the Independent Member of Parliament Dmitry Gudkov.

『Donald Trump is affecting Mexicos president and the WORLD !!! WHAT ...