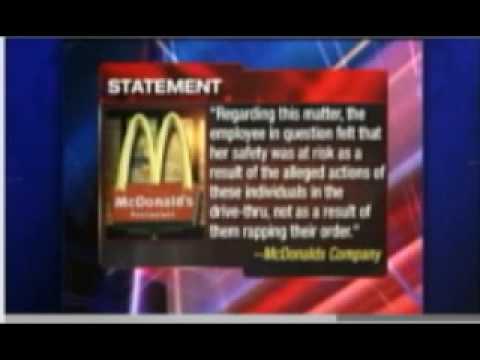 A rap by four teenagers at a McDonald’s has gotten them a bad rap in one Utah city. The teens were cited by American Fork police earlier this week for disorderly conduct after they rapped their order at a McDonald’s drive-through.

The teens said they were imitating a popular video on YouTube. They rapped their order, which begins with, “I need a double cheeseburger and hold the lettuce …” once quickly before repeating it more slowly.

Spenser Dauwalder said employees at the restaurant told him and his friends they were holding up the line and needed to order or leave. The 18-year-old said nobody was in line. He and his three 17-year-old friends left without buying anything.

American Fork Police Sgt. Gregg Ludlow says a manager wrote down the car’s license plate number and called police. The teens were later cited by officers at a high school parking lot outside a volleyball match.