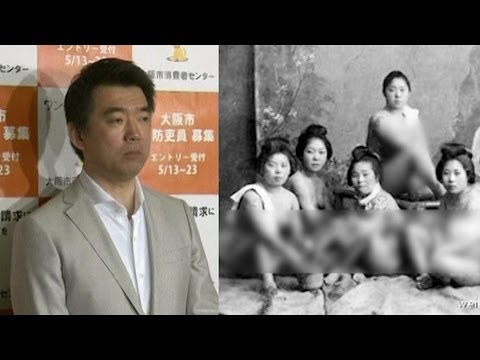 In today’s NTD China News, outrage in China after a Japanese mayor says “comfort women” were necessary for Japanese soldiers during WWII. Comfort women refer to Chinese and South Korean sex slaves during that period, and the comments have drawn outrage in China.

The European Union is considering whether to investigate Chinese telecommunication companies Huawei and ZTE for unfair practices, but risk a backlash from European companies looking to expand into the Chinese market.

Taiwan’s government is being urged to protect press freedom there, by helping to ensure that NTD-Asia Pacific is able to get a contract renewal with government-controlled Chunghwa Telecom, so it can broadcast into mainland China.

A group in Hong Kong has opened a temporary museum, showing items from the Tiananmen Square massacre on June 4th 1989.

Several Chinese human rights lawyers have been beaten and detained in Sichuan province, after trying to visit a black jail known for illegally detaining prisoners of conscience.

A Chinese blogger says she fears for her safety after security officials tracked her down, because she launched a petition on the White House’s website calling against a petrochemical plant in Pengzhou, Sichuan province.

The Slovakian University has awarded a Chinese prisoners of conscience for standing up for human rights. Fengying Zhang was unable to receive the award in person though, because she is currently locked up for refusing to renounced her beliefs.