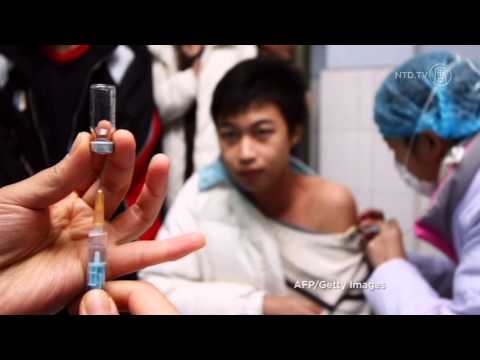 In today’s NTD China News, four men involved in the Mekong River murder are executed, but a showing of the men before their execution by CCTV has caused uproar.

China says it will continue to develop a free trade zone with North Korea, despite world powers contemplate on sanction against the North over its latest nuclear test.

A crew of German television ARD has been attacked in China’s Hebei province, with their car being smashed by men wielding baseball bats.

Hard-hitting Chinese journalist Wang Keqin has been forced to resign from the Economic Observer, likely over a report he did on official mismanagement during last year’s Beijing floods.

Taiwan’s Department of Health wants to push ahead with amending a law to criminalize organ trade and brokerage.

China’s manufacturing in February shrank, with the monthly PMI dropping from January.

Home prices in China has risen in February for the ninth straight month, with central authorities announcing new measures to curb the heated market.

Chinese scientists came up with a new term for the dangerous PM2.5 air particulate matter, but some wonder why the time wasn’t spent on how to fix the pollution instead.