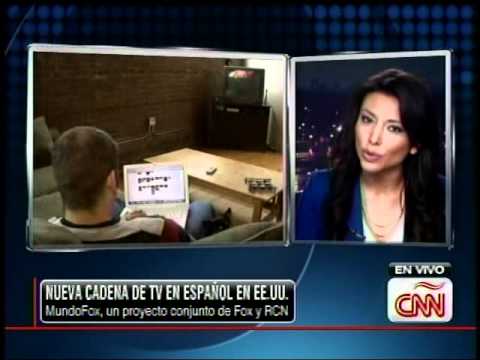 A direct challenge to the two biggest networks in the field, Univision and Telemundo, MundoFox will launch in the fall with an expected reach of 75 percent of households.
“There is an increasing demand for quality Spanish-language content in the U.S. from both viewers and advertisers,” Hernan Lopez, President and CEO of Fox International Channels said in a statement. As of the 2010 census, 16.3 percent of the country is of Latino or Hispanic origin.
Univision is the top Hispanic network currently available and the fifth biggest network when it comes to prime time ratings. Its shows often beat major network shows, particularly during the leaner summer months.
Meanwhile, Telemundo has a smaller audience but also has the corporate juggernaut of Comcast’s NBCUniversal pushing it ahead. One wonders how long this deal has been in the works as back in October Fox bought the U.S. broadcast rights to the 2018 and 2022 World Cup while Telemundo claimed the Spanish-language rights.
MundoFox’s programming will come from RCN, the top broadcaster in Colombia, Fox International, Fox Deportes (a Latino-focused cable sports channel), Shine Group, NTN 24 and others.
The companies said that the network “will aim to bring a similar sensibility as the Fox Network to Latino audiences, with exciting entertainment, best-in-class programming content and differentiation from the limited options currently available to viewers.”
(Editing by Chris Michaud)