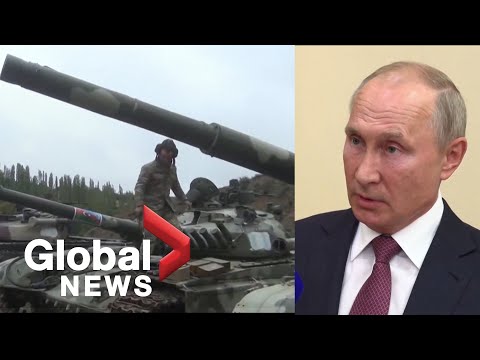 Russian President Vladimir Putin called on Wednesday for the attacks to stop in the Nagorno-Karabakh region, saying fighting between ethnic Armenian and Azeri forces was a tragedy.

The fighting in the region — involving heavy artillery, warplanes and drones — has continued despite numerous international calls for a ceasefire.

Residents of Stepanakert, the capital of the breakaway Nagorno-Karabakh region, picked through the rubble of their destroyed homes on Wednesday, with some forced to seek underground shelter for days as the city has been subjected to repeated artillery attacks.

Clashes between Azerbaijani and Armenian forces in the region since Sept. 27 has killed hundreds in the worst escalation of hostilities since 1994 when a truce ended a war that raged for several years.