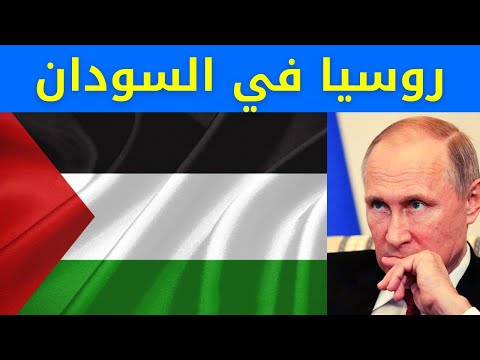 Sudan News in Arabic | Sudan News
In Sudan’s news today, Russia decides to sign an agreement with Sudan
Russian President Vladimir Putin approved the construction of Russian naval installations in Sudan on Monday, paving the way for Moscow’s first major military foothold in Africa since the fall of the Soviet Union.
The new facility, to be built around Port Sudan, will be able to accommodate up to 300 military and civilian personnel.
It will enhance Russia’s ability to operate in the Indian Ocean, and expand its influence in Africa.
Putin presided over the Russia-Africa summit last year to increase Russia’s influence on the continent,
Putin said that he agreed to the Russian government’s proposal to establish a maritime logistics center in Sudan,
The land will be provided to Al Qaeda free of charge by Sudan
Russia has a similar facility in the Syrian port of Tartus.
Moscow wants to increase its influence in Africa, a continent that includes 54 member states of the United Nations and has enormous mineral wealth.
Russia is competing for influence and military foothold in Africa with other countries, including China.
According to the Russian news agency TASS, the new facility will facilitate the Russian Navy to operate in the Indian Ocean.
“Our base in Sudan will push others to listen to us and pay attention,” said an opinion piece in TASS about the new facility.

Welcome to your new channel, Zoom Sudan
You can also find more news on the main channel https://www.youtube.com/c/zoomarabmedia